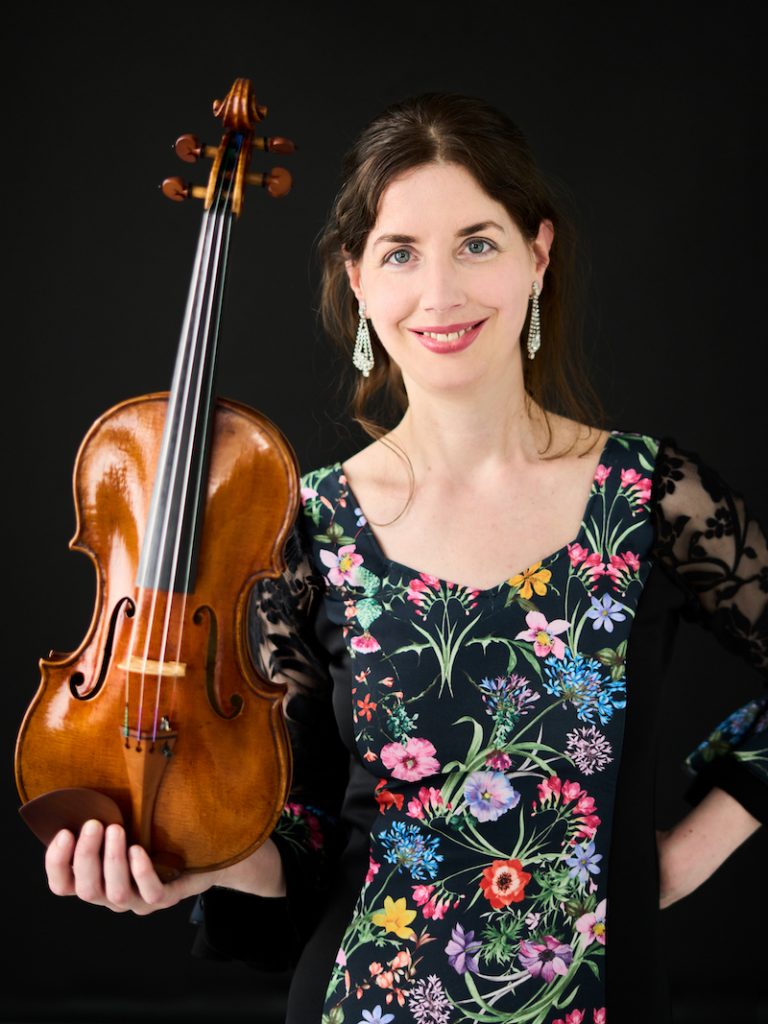 A proven solo violinist with a large repertoire, Katharina Cording has earned an excellent reputation as a chamber musician and teacher in equal measure. Ida Haendel described her as “a brilliant violinist.” Her passion as a soloist is especially the virtuoso literature of the 19. and 20th century with local color.

In 2001 she founded the Würzburg Piano Trio together with Karla-Maria Cording and her partner Peer-Christoph Pulc.

She has been a faculty member of the Würzburg University of Music since 2008 and of the Institute for Music Research at the University of Würzburg since 2005. Many of her students have won awards or are now working as educators themselves.

Wanda Wilkomirska, whom she joined when she was fourteen and with whom she studied for seven years in Mannheim, had the greatest influence on her.

Born in Würzburg, she was accepted at the age of twelve into Conrad von der Goltz’s early music class at the local conservatory. Later she studied there with Sören Uhde and received a master class diploma. Prior to that, she earned her artistic diploma with distinction at the Salzburg Mozarteum – where her teachers were Dr. Helmuth Zehetmair and Ruggiero Ricci.

In Salzburg she began to play the viola as well.

She also studied chamber music with the trio at the Hanover University of Music and Drama with Hatto Beyerle.

For many years she was an ensemble member of the Camerata Würzburg.

She has been repeatedly broadcast on radio and television and has recorded Heinrich Wilhelm Ernst’s Variations on “The Last Rose of Summer” on CD, among others.

Since childhood she has been making music together with her sister, the pianist Karla-Maria Cording. The sisters made their official debut in 1998 at the Würzburg Residence, sparking a storm of enthusiasm at the time.

As a teenager, she won prizes in the “Jugend musiziert” competition, in which she now frequently participates as a juror, and attended a humanistic high school, where she learned Latin and ancient Greek.

Her violin is a “Jörg Wunderlich” from Markneukirchen. "Katharina Cording with the virtuoso Faust Fantasy" by Henri Wieniawski. A violin virtuoso himself, he wrote this "showpiece", peppered with all the violinistic refinements. What breathtaking Technique, filigree harmonics, almost inaudible in the highest registers, plus the rapid tempos. The artist played with dreamlike confidence, Without any opacity, "Noteless"."

"The musical statement - and not so much the circus element -. was also the focus of Katharina Cording's interpretation of the "Otello-Phanatsie" by Heinrich Wilhelm Ernst. Ernst was one of the most admired violin virtuosos of his time, equal contemporary of Paganini, in addition a talented Composer, who in his fantasy for violin and piano not of Verdi's famous opera, but of the 70 years old earlier "opera seria" from the pen of Gioachino Rossini inspired. "Assisa da pie d'un salice" is the name of a well-known aria from this opera, here ravishingly nobly sung and colored by soloist Katharina Cording, who also plays in the highly virtuosic passages of the piece with acted with imposing self-confidence."

"This delicate classical performance was contrasted by Katharina Cording with her suddenly mutated devil fiddle in the gypsy-like virtuoso "Mazurek in E minor op. 49" by Antonín Dvorák. With soft tone in the melody-carrying passages of Bohemian folklore as in the catchy csardas and mazurkas, with all the finesses intoxicating salon music she thrilled with a room-filling tone and passionate temperament."

"The trio makes music with an exceptionally beautiful sound under its primaria Katharina Cording, with her natural-looking musicality, charmed by her breathy playing and relaxed smile."

United for over 21 years

What began in joint studies became a well-rehearsed community of exceptional musicians. 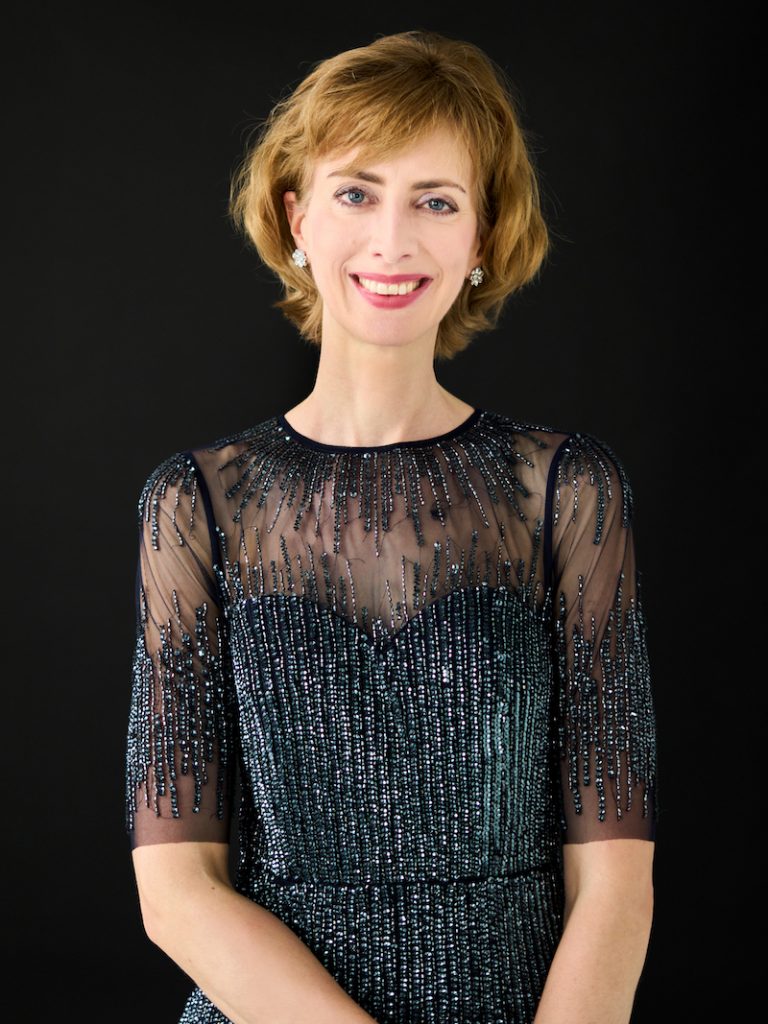 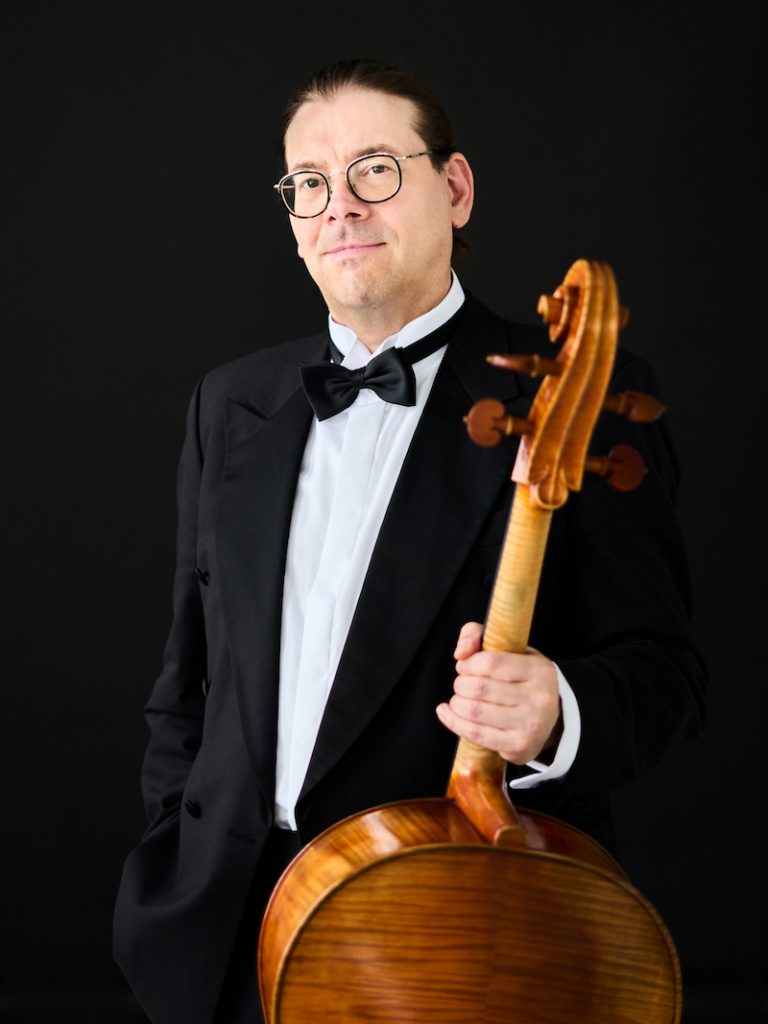 With our music - we look forward to you.

…a phosphorescent body of sound, which is based on three pillars: Unity, agility and dedication.

Soon you will find here more information about our current work and projects.

Opps, No posts were found.